George Johnson
This page will show you how you should properly make a character page! Unlike most meta pages, all users are free to edit this page. This is only so you can see the code of this page, any edits done by those who are not admins will be undone.

Here should be about a paragraph giving a basic and quick description detailing the character.

This should list all of the character's video game appearances. These should be listed in chronological order.

This should list all of the character's non-video game appearances. This list should also be in chronological order.

Put a gallery of various artwork of the character here! Include a description of where it came from. 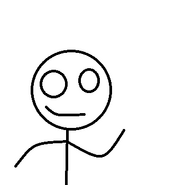 Example Man as he appears in the animated series 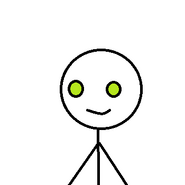 Example Man as he appears in the film

Here you can put random facts about the character!

This is where all references in the article will be listed. New references should be automatically added. When possible, please archive references used using the Wayback Machine.